Everyone knows someone who could eat everything they want and even then maintain their abs. We often attribute this to having a quick metabolism or having good genes.

But we should know how to develop a quick metabolism. And then you could change your metabolism to encourage more fat loss.

Although we associate metabolism with controlling weight, it is rather a complex system involving several chemical activities which are essential for your survival.

The process of metabolism is not the only one that you could control. It is, rather, a collection of physiological processes which take place in every cell throughout your body.

Its main job is sustaining life by turning stored fuel and food into the usable energy you require to think, breathe, move, pump blood, and continue to live. Its main job is not keeping you at a healthy weight but a stable weight.

Your metabolism could speed up as you put on weight. Your metabolism slows down as you lose weight. This occurs because as your weight varies, so do the calorie requirements you need to maintain it.

In this article, we will be looking at some ways to boost your metabolism which might help to burn more fat. 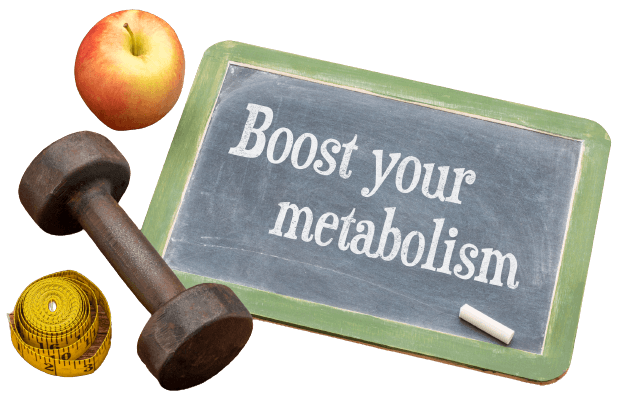 Here are some ways to boost metabolism and burn more fat:

A slow metabolism could be caused by several factors, such as aging, decreased activity, and muscle loss.

Fortunately, a lot of strategies are available in preventing aging from affecting your body’s metabolism.

To speed up your metabolism, you could try incorporating some of these techniques into your daily routine.

Making a wholesome lifestyle and dietary modifications might help people in speeding up their metabolism.

There are several techniques to help increase body metabolism, from including HIIT and strength training in a workout to lowering stress. Before changing an exercise or a diet regimen, it is advisable to speak with your doctor.

Coffee For Weight Loss: Does Coffee Help You Lose Weight?