A daily cup of coffee might help you to have a lower risk of developing chronic diseases, among many health benefits.

The morning coffee does so much more than only giving you energy for the day. Your body receives several health advantages from it.

Some experts even claim that coffee could aid in the body’s processing of sugar and lower the risk of developing certain chronic conditions.

You might also live longer if you drink coffee regularly. There is a rumor that coffee aids in weight loss as well.

According to the U.S. Department of Agriculture, coffee has about 5.2 calories per cup when consumed as plain coffee, basically making it a calorie-free beverage.

Caffeine is the most widespread psychoactive drug worldwide. Caffeine is an ingredient found in coffee. The majority of marketed pills available currently for burning fat contain caffeine.

It is also one of the very few chemicals which might speed up your metabolism and help to mobilize fat from the fat tissues.

In this article, we will be looking at what is the relation between coffee and fat loss. 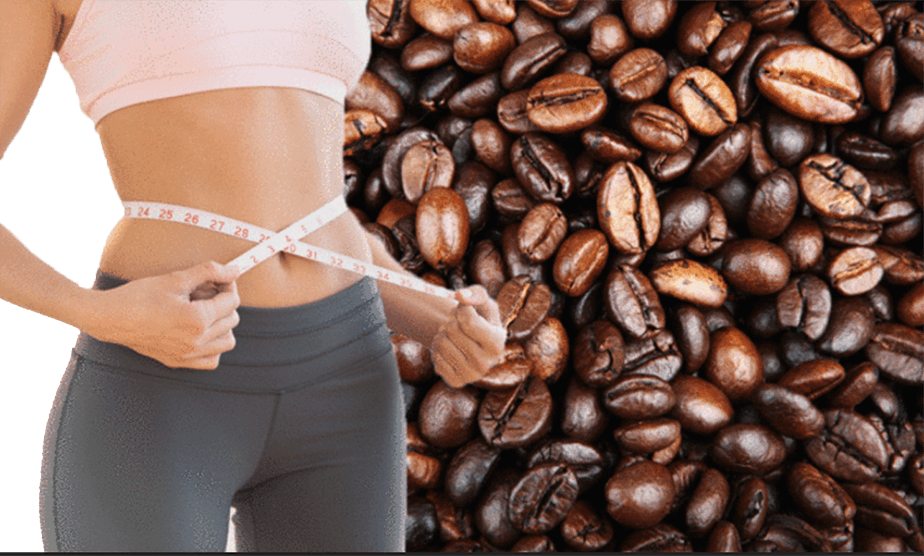 How To Consume Coffee Without Piling On The Pounds?

You could drink your cup of coffee in several ways[5] without piling on the pounds. The most crucial piece of advice is refraining from over-sugaring your coffee.

Many flavored pre-made lattes and creamers contain sugar, and most people also directly add liquid sweeteners like agave syrup or sugar to their cup of coffee.

Here are some strategies to flavor your coffee while consuming less sugar:

Despite having less sugar than different ingredients, coconut milk and half-and-half milk have more calories. To avoid consuming a lot of calories, it is suggested to use a little amount of these flavoring substances in your coffee.

You might need to progressively reduce the amount of additional sweetener to train your taste buds to tolerate coffee’s naturally bitter flavor.

Try asking for half the customary quantity of flavored syrup the next time you want a sweetened latte, for instance.

Or make your coffee at home instead. You shall be able to manage the amount of sweetener used as well as save money by doing this.

If you like Bulletproof coffee, try to select healthy fats and use them sparingly. Examples of such fats include coconut oil and grass-fed butter.

Even regular coffee drinkers might not be aware of how effective black coffee is as a weight loss aid[2].

It is no secret that diet has a significant role in any weight loss journey, regardless of whether you want to reduce weight for health reasons, to look beautiful, or simply because you do not feel good in your skin.

Black coffee is one of the drinks you should have to help you reach your goal. Research[7] suggests that chlorogenic acid, a component of black coffee, could promote fat loss.

The presence of chlorogenic acid in black coffee slows down the body’s absorption of glucose if you drink it after dinner.

How To Increase Fat Loss Potential With Coffee?

If you are careless, your coffee could easily veer into dangerous areas. You might be pushing 350 to 600 calories per drink if you add milk, sweets, and different high-calorie ingredients.

Black coffee is recommended if weight loss is the aim, although some additives could be okay.

Small amounts of sugar-free sweeteners like Truvia and stevia, and low-fat milk should not prevent you from reaching your weight-loss objectives.

To save calories, it is advised against using cream, especially with sugar and half-and-half milk. Avoid fancier coffee drinks like peppermint mochas and pumpkin spice lattes.

Those beverages are the worst choice for anybody trying to reduce weight. They often are high in sugar and have several hundred calories in a single drink.

Are Coffee Drinkers At Risk For Health Problems?

While there is some scientific evidence to support coffee’s influence on your waistline, you do not want to go overboard. Therefore, keep that in mind before you start downing cups of coffee all day.

Even if you drink coffee up to 6 hours before bed, a study[8] has shown that it could interfere with your ability to fall asleep.

Lack of sleep makes you feel more hungry by changing the hormones leptin, which affects feelings of fullness, and ghrelin, which controls hunger.

Drinking too much coffee might also result in additional health problems like elevated blood pressure, anxiety, and nausea. A decent guideline is to limit your daily caffeine intake to 300 mg (about 3 cups of coffee).

To prevent coffee from disrupting your sleep, it is advised to have your final cup 6 hours before bedtime, or sooner if you are more susceptible to the effects of coffee.

Coffee helps people lose weight and has many health advantages. It may help lessen your risk of some chronic diseases, improve memory, maintain the health of your liver and heart, and promote metabolism.

However, as it might have negative side effects in excess so it should only be consumed in moderation. Irregular sleeping patterns, elevated anxiety and tension, acidity, and a low rate of mineral absorption are a few of them.

Coffee is a wonderful beverage[9] that has no cholesterol, calories, or fats when drunk in moderation. By assisting with appetite management and improving metabolism, coffee might promote fat loss rather than causing weight gain.

However, it could have a poor impact on sleep, which might lead to weight gain. Many coffee beverages and well-known coffee pairings also contain a lot of added sugar and calories.

Try eliminating high-calorie additives and additional sugar to reduce your risk of gaining weight. Drinking a cup of coffee every day might be a good way to start the day.

When making your drink, it is crucial to pay attention to the ingredients.