Skip to content
Home » Fitness » Sleep And Weight Loss: Are They Really Related

If you’re attempting to shed pounds but the needle on the scale isn’t moving, it’s time to examine your sleeping patterns.
We all need a good night’s sleep, yet we often fail to make it a priority.

Obesity and other[1] health problems might be worsened if you don’t get the required amount of sleep each night.

Sleep deprivation, on the other hand, may be a contributing[2] factor in weight gain. How your sleep patterns affect your capacity to shed pounds and how sleep deprivation affects your appetite are among the scientific findings presented here. 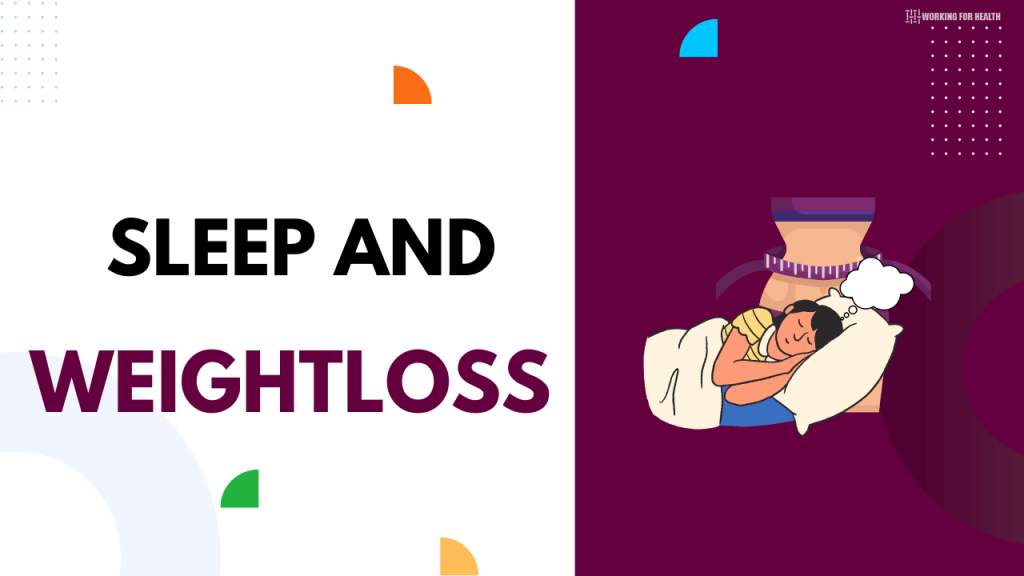 Relation Between Sleep Duration And Weight

The total amount of time that Americans spend while sleeping has progressively dropped over the past few decades, as has the quality of that sleep.

This coincided with a rise in the average American’s body mass index (BMI), indicating a general trend[3] towards heavier weights and increasing rates of obesity.

Researchers have begun to speculate about possible links between weight gain and sleep deprivation as a result of these patterns emerging.

Sleep deprivation and poor quality have been linked to a high risk of obesity and other long-term health problems, according to numerous research studies.

While the medical world continues to debate the actual nature of this connection, the existing data alludes to a beneficial correlation between sound sleep and healthy body weight.

How is Better Sleep Linked to Weight Loss?

Exercise and a sensible eating plan are essential if you want to shed pounds, but so does getting more shut-eye. As a result, a large percentage of the population is chronically sleep-deprived.

The Centers for Disease Control and Prevention claims[5] that approximately 35 percent of American adults sleep less than seven hours per night regularly.

Sleep deprivation is defined as having less than[6] seven hours of uninterrupted shut-eye per night.

Interestingly, increasing evidence suggests that lack of sleep may be the reason why many people are unable to shed pounds.

To shed pounds, these are some of the benefits of getting sufficient sleep-

Why Is Sleep So Crucial For Weight Loss?

Losing fat and muscle mass when on a calorie-restricted diet can be hampered if proper sleep is not obtained.

It is essential to get an adequate[13] amount of sleep as it could make a positive impact on weight loss.

When sleep was lowered by one hour per night for five evenings a week in another trial, the consequences were very comparable over eight weeks.
According to these findings, even catching up on lost sleep during a calorie-controlled diet on the weekends may not be enough[14] to undo the damage done by sleep deprivation.

How To Get A Better Night's Rest

Modern technology makes it tough to get enough shut-eye, especially with so many screens (computers, televisions, cell phones, and tablets) to keep you up later than you’d like.

As far as the fundamentals go –

Exercise and diet are commonly regarded as the two most important determinants of success in the fight against obesity.

An often-overlooked aspect of one’s daily routine, sleep is an essential part of healthy living. Click here to know about the importance of exercise and diet for obesity.

Adults should get seven to nine hours of sleep every night, but this is often not the case for many people.

Reduced sleep has been related to increased body fat and a higher risk of obesity, as well as affecting how quickly you shed pounds on a diet that restricts your caloric intake, according to recent studies.

How To Lose A Pound A Day: Tips, Tricks, And If It Is Possible?

11 Potassium Rich Foods That Must Be Included In Diet