When people think about coffee, they often imagine how it might provide them with an energy boost. According to experts, 2.2 billion cups of coffee are consumed daily around the world.

It is said that coffee might potentially have some significant health advantages. Lower risk of liver cancer, heart failure, and type 2 diabetes could be among these advantages.

Potassium, magnesium, vitamin B3 (niacin), vitamin B2 (Riboflavin), antioxidants, and phenolic compounds are among the beneficial nutrients included in coffee.

In this article, we will be looking at some benefits associated with coffee. 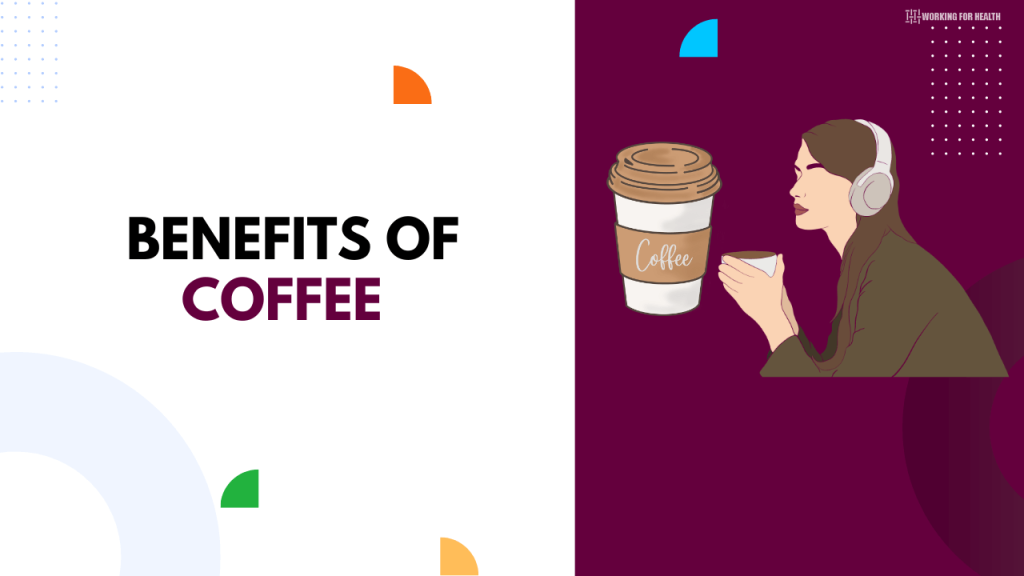 Before beginning the list of benefits of coffee, you might want to note that if you are looking to lose weight and are on a calorie deficit diet, one will always recommend black coffee over coffee with milk.

One of the most advantageous and healthiest beverages you might have is coffee as it is very rich in antioxidants.

It also possesses several different qualities which help to reduce the risk of developing several illnesses, including depression, liver disease, and Parkinson’s.

Regular coffee intake could be a component of a healthy diet as long as you refrain from adding excessive amounts of creamer and sugar.

Coffee could be consumed in several ways. Caffeine is a key component of coffee, but it also contains several different substances.

This makes it quite challenging to pinpoint precisely the way coffee affects a person and also which ingredients have disadvantages and advantages.

If someone wants to drink coffee for health reasons, they should keep an eye on the ingredients and attempt to stay within the daily suggested amount.

7 Types Of Foods To Eat When You Have Diarrhea