If you are trying to lose your excess weight and are seeking the finest and best Indian diet plan, then you only need simple rules to start eating healthy meals.

However, considering our dietary customs and food culture, this might seem like an overwhelming problem. For example, a common dinner is high in carbs and sugar as we consume a lot of rice, potatoes, and sweets.

Additionally, we adore munchies and cannot imagine going a day without having snacks. We even, as a gesture of affection and goodwill, push our family and friends to eat more, and we often view turning down an extra serving as a rejection.

And to top it all off, we have never accepted physical activity as crucial. Diets are not only about losing weight. It is truly altering your food intake that is the most effective ways to lose weight.

However, a diet might also serve as a springboard for living an active lifestyle, paying more attention to your health, and improving your routines.

But it might be challenging to start given the overwhelming number of diet programs available. For certain people, some categories of diets might be more suitable, effective, and lasting, while for some, they are not.

While some diets recommend limiting your consumption of carbs, fat, or calories, some focus on reducing your hunger. Some people prioritize changing their lifestyles and eating habits above restricting particular items.

In this article, we will be looking at some of the top best diets for weight loss. 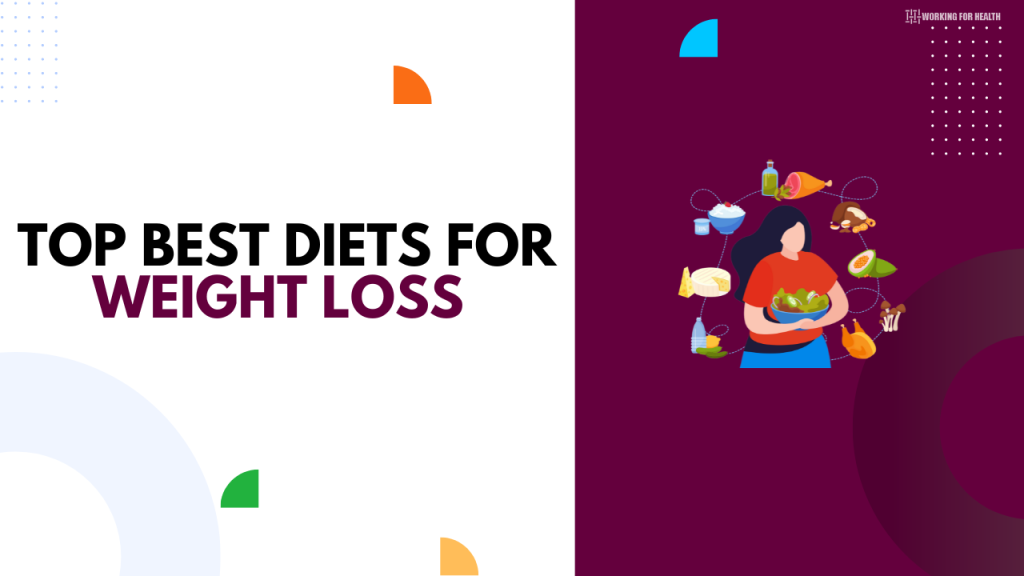 Here are some top best diets for weight loss:

Numerous diets might aid in weight loss and also have special health advantages. The Weight Watchers (WW), the Mediterranean diet, the DASH diet, the MIND diet, plant-based diets, and intermittent fasting are some of the most well-liked eating regimens.

The diet you select should be based on your dietary and lifestyle choices, even though the aforementioned diets are often proven to be successful in helping people to lose weight. As a result, you could be more likely to maintain it over time.

Additionally, it is always a good idea to discuss your personal health history with your doctor before beginning a new diet. They could assist you in selecting the strategy that might work best for you.

Your dietician might also help you prepare meals that you want to eat and assist you to navigate the new guidelines once you have decided to start a new diet.

10 Foods to Avoid During Acid Reflux