Skip to content
Home » Nutrition » 9 Foods To Avoid When Constipated

Constipation is a common problem that is medically defined as having less than three bowels per week. Symptoms of constipation could include bloating, gas, or painful bowel movements.

Other factors such as improper diet, stress, lifestyle, or other underlying health conditions may also contribute to constipation.

If a person has less than one bowel movement in a week, they suffer from severe constipation.

Some foods like apples, broccoli, citrus fruits, pears, sweet potatoes, and kiwi are foods for constipation. They may help to prevent constipation because of their high fiber contents.

However, due to their binding properties, some foods might worsen constipation. Therefore, it is advisable to avoid them when constipated. 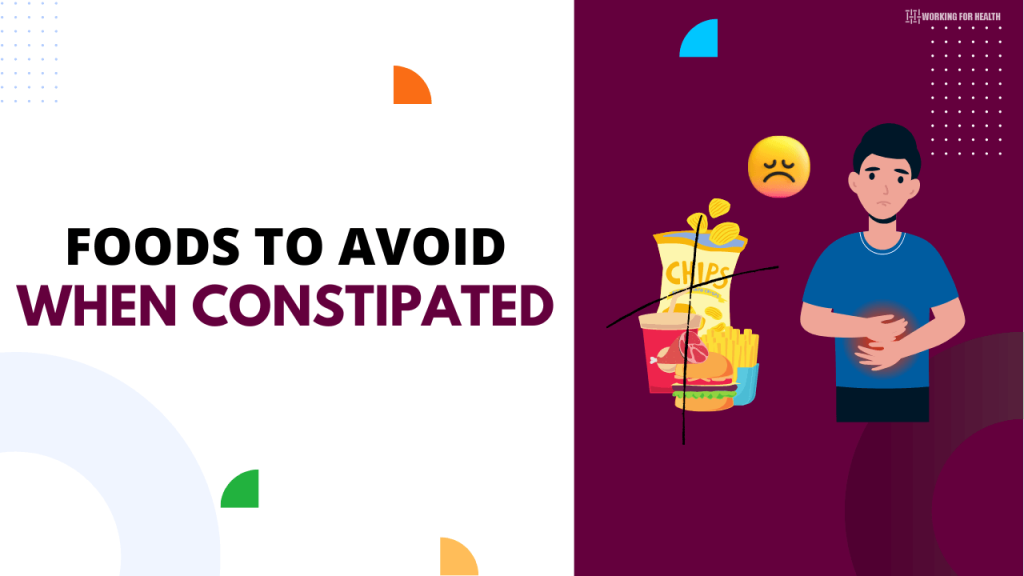 The most vulnerable people to constipation are the ones who are pregnant, who frequently use laxatives, eat a diet low in fiber, do not consume enough fluids, experience stress, anxiety, or depression, and are usually inactive.

You must consult your doctor if symptoms prevail for a longer duration of time. You should replace white bread with whole grain bread to increase your daily fiber intake.

In addition to this, you must also keep yourself hydrated and drink a lot of water to smoothen the movement of food across the gut.

Gluten Free Diet: Everything You Need To Know