Constipation is a medical term for difficulty in passing bowel movements.

It is a common condition that everyone experiences in their lives at some point or the other. Symptoms include the passage of bowel movements less than three times a week.

These symptoms can appear when your body does not have enough fiber and water.

Generally, women aged between 31 to 50 should consume 25 grams of fiber per day, while men of the same age should have around 38 grams.

Another cause of constipation might be the lack of water which prevents the smooth movement of food through the digestive system.

Not to miss, there are some foods to avoid when constipated. Not consuming these foods might also help your body to recover.

Some foods such as berries, prunes, potatoes, apples, etc., along with adequate water, might relieve constipation and its symptoms. 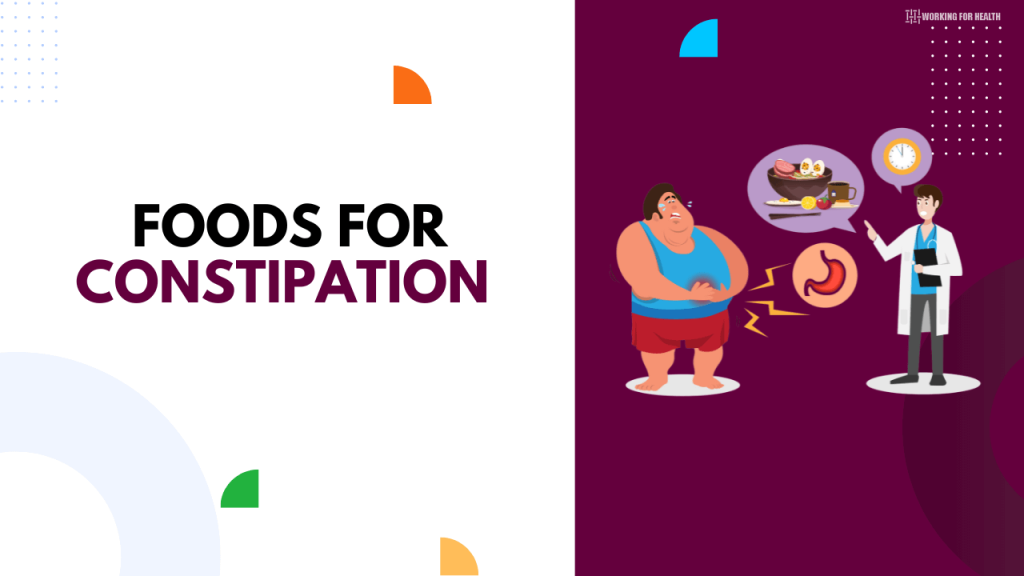 Getting enough fiber is linked to digestion. This article suggests[1] that dietary fibers play a key role in maintaining healthy gut microbes which aid in proper digestion.

According to this study[2], around 14 percent of people suffer from chronic constipation. Let’s take a look at those foods that could help in addressing the problem of constipation.

Constipation can easily be prevented by including foods rich in dietary fibers in your daily routine.

The above-mentioned foods are some of the best foods which you can add to your diet for healthy digestion.

Some other foods which you can consume to prevent constipation include oat brans, nuts, berries, peas, lentils, whole grain bread, figs, kefir, and rhubarb.

Remember to consult your health expert before you add or deduct anything from your diet. This may help in preventing any mishappenings.

10 Foods to Avoid During Acid Reflux