Natural is the need of the hour. Tons of chemicals and supplements have already flooded the market. But have you wondered how it was back then?

Problems existed but not chemical solutions. Still, people managed to find a solution in the lap of mother nature. Everything naturally existing has a use.

The difference is some of them are explored and others are still a mystery. Advancements and chemicals have revolutionised medicine. The problem is anything and everything sold in the name of a solution.

Wrong and fake products have caused so much damage. A hectic lifestyle adds to the problem. This is the reason for the trend shift again towards nature.

One such gem that emerged in the process is lemongrass tea. In this article, we will try to find out some important details about it. 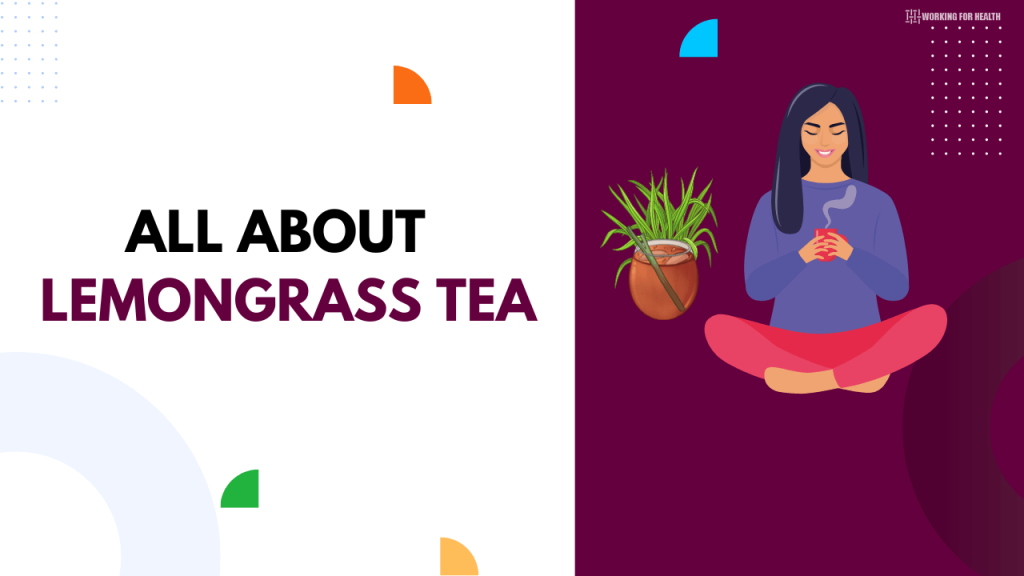 Cymbopogon, better known as lemongrass, is a plant majorly native to the Asian subcontinent. It is grass with thin wire-like silky strands.

As the name suggests, its flavour and aroma resemble lemon. It is citrus with a tint of mint. A complete bliss of freshness! It is commonly found in Asia, Africa and Australia.

Countries that initially were rich in lemongrass treasury are Sri Lanka and South India. Later, its cultivation started across the globe. It is a herb with traditional importance[1] in medicine.

It has been used for ages for treating fever, cold, cough and several other problems and is available in powder form, oils and fresh stalks also.

Lemongrass can be inhaled through aromatherapy. It is claimed that lemongrass oil can treat dandruff.  Its fresh stalks can be chopped and added to noodles and soups. It adds the perfect flavour to food.

Out of the multiple uses, one of its use is as a herbal tea flavouring agent. Yes, that tea is your much-awaited lemongrass tea.

Before using anything, you should know it well. After all, health is wealth. Since you are done reading the basic information, let’s roll on to the most essential part: its benefits.

How To Prepare Lemongrass Tea?

After knowing its amazing benefits, you must be excited to explore the recipe. Let’s dive straight into it.

If you are an ice tea fan, just grab some ice cubes. Let the tea cool down a bit. Add the cubes and enjoy. The citrus flavour will leave your mouth refreshed and your mind soothed.

Start by using no more than 1 cup a day. Trying to reap maximum benefits is fine. But overuse of anything is dangerous. Always start slowly by drinking 1 cup a day.

You can also try it on alternative days instead of sugary drinks. If your body allows more, gradually increase its intake. Take no more than 3 cups a day. If you are prone to acid reflux, stick to fewer amounts only.

After preparing the tea, it is safe to use it within 24 hours. You can reserve it in the fridge for up to 3 days. Talking about time, it is fine to be taken at any time of the day.

In the morning it provides freshness and at night it promotes sound sleep. It is safe on an empty stomach as it detoxifies your body. It is also considered safe in the long run.

However, in case of side effects or uneasiness, avoid its use. For better advice, turn to your health care advisor.

It is normally safe to consume this tea. It has very few side effects. Although some possible side effects are –

You should avoid it if you-

Even though it is safe, it is better to consult your doctor to know the possible repercussions. In case of allergies or medical interactions, you should avoid them.

Consume no more than what your doctor advices to ensure safety.

Lemongrass is a herb with multiple benefits. It is consumed orally, inhaled and even applied to the skin.

One of the ways to use lemongrass is by brewing tea. The tea offers healthy sips of antioxidants and anti-inflammatory and antimicrobial properties.

On top of it, it boosts immunity and lowers bp and high cholesterol. You may also shed some fruitful pounds in the process. Although tea is generally a safe tea to consume, taking precautions is important.

Do not overuse it. Avoid it in case of allergies and specific medications. Always seek some advice from a medical expert before using it. After you get the green flag, enjoy healthy sipping!